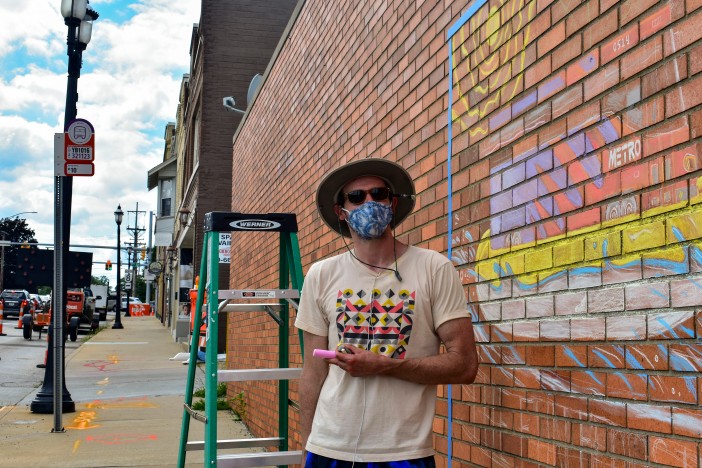 “I used to live in Philadelphia and public transit was a big part of my daily routine. I was always so pleased that public transit helped lessen my negative impact on the environment; it truly is one of the greatest avenues to sustainability. Taking the bus on a daily basis also gave me a lot of exposure to a diverse community of people. Because of my positive experiences with public transit, I jumped on the chance to design a mural around it.”

Zacharia featured a METRO bus in his a transit-themed chalk mural as part of Downtown Cuyahoga Falls Partnership’s Chalk it Up event. The event tasked six local artists to bring to bring color, vibrancy, and a sense of community to the downtown district. Zacharia’s art can be seen on the side of Flury’s Cafe.

“I’ve been into art as long as I can remember. My father, brother, and sister are all artists as well so I guess you could say it is in my blood. My hope was that I could use my illustration skills to give back and honor the things that I appreciate most about public transit; community, sustainability, diversity, and efficiency.”